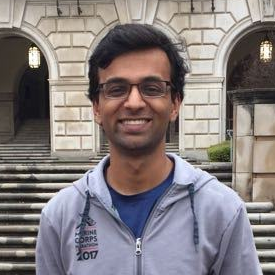 I have been asked on multiple occasions by different people for help or advice on how to use Git and GitHub to contribute to open-source software projects. Here I will attempt to provide a bare-bones example of the Git+GitHub workflow using the dorado GitHub repository. This 7-step guide assumes you have a GitHub account and have git available locally via a command-line interface. For more information on using git the documentation is really wonderful.

Step 2: Clone your forked repository to your local machine

Step 3: Create a local branch to develop new code on

Step 4: Checking out your new branch

Step 6: Pushing changes on your local branch to GitHub

That’s it! There’s my quick 7-step guide to contributing to an open-source project using Git and GitHub. Some common git commands that you may wish to look up more information on include: